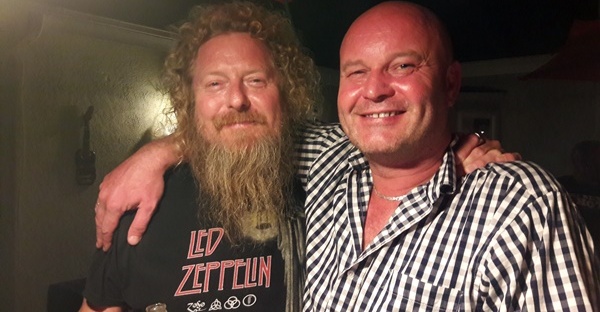 On Friday I traveled south to Mission Viejo to bartend a going away/birthday party, and then on Saturday traveled south again to bartend a 50th birthday party in Hawthorne. I had done a previous party for the hosts at Mission Viejo, and it was the only time I have ever been late to an event. There was an accident on the freeway and I ending up arriving thirty minutes late. Driving south into Orange County on a Friday can be brutal, so I leave hours in advance. I work out at LA Fitness if I have time to kill, and they have two really nice clubs in Mission Viejo.

The hosts at Mission Viejo are moving to Nashville, and I am sorry to see them go. I jokingly said for them to book me on a party in Nashville. The host who is British and very blunt said, “Ok, but you buy your own f#$%^g ticket!” I will buy my ticket, because I want to see Nashville and have never been there. They say that it is booming.

The talk of the party was of the upcoming Mayweather/McGregor fight. The overwhelming opinion was that McGregor was going down. My British friend predicted a first round knock out. Someone else said it would go longer because people would be pissed otherwise, after paying to watch it. I agreed with that, but there have been a few of those pay-per-view fights that have ended in the first couple of rounds.

The next morning I finished the shopping for my clients in Hidden Hills – they were having a party for the fight night. I bought all of the supplies for them. It is an extra service I provide for a fee. I had to send another bartender to bartend the fight night party because I had previously booked the 50th birthday party in Hawthorne. So I dropped the supplies off and set up the bar, and then turned around and drove to Hawthorne to do the birthday party.

50th birthday parties tend to be kind of wild for some reason. I guess people suddenly realize that they are a half century old and they let loose, rebelling against the idea of middle age. This party was no different – I poured a lot of shots. Good Cop/ Bad Cop provided the live music and they were great. They had the fight on toward the end. Yes, McGregor would have gone down if the ref didn’t stop it, but it went ten rounds and people got their money’s worth.

This weekend I get to stick close to home. I have one event in Winnetka, here in the SFV, and another near Hancock Park.  Later this month I have events in Fillmore, San Diego, Mission Viejo

View all posts by shakennotstirredinla